Q-When was the last time you were given a surprise gift? 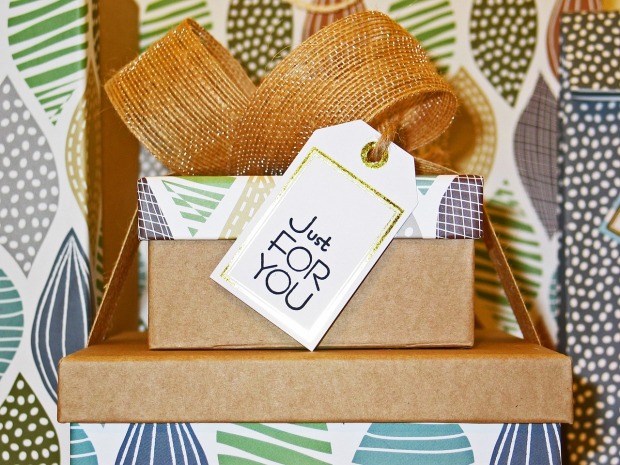 A-Last Thursday, after my son’s dentist appointment, I received a call from my step-dad. He had heard that I was in the market for a new printer and was curious if I had decided on a particular model yet. I told him that I had heard the HP Envy was a good printer, but that I hadn’t narrowed it down to a specific model. He told me to let him know when I had chosen the one that I wanted.

My mom had talked with me several days prior in regards to possibly purchasing a new printer for my Birthday/Christmas present this year, which was an awesome suggestion since I needed one; it would save me from having to throw it on the credit card! So, I called him back and told him that I was interested in the HP Envy 5660. It had amazing reviews, offered all the functionality that I was searching for, and it was on sale for $100. A few minutes later, I was informed that it would be delivered on Saturday.

He wanted to hand deliver my new toy, so he and my mama came up Sunday morning; he wanted me to start enjoying it right away. Not only did he get me an AMAZING printer, but he supplied me with an additional package of ink. You would think he would’ve stopped there, but nope, there was ANOTHER surprise!

The previous weekend they had been over for my boys birthday party, and he was talking about his new favorite stop-in…Zaxby’s. He had never eaten there because he didn’t like the name, but when he finally tried it, he was hooked. I told him that I don’t go there very often, and that I generally don’t spend $7-8 on a meal for myself. So, he presented me with a gift card so I could get several meals. He’s such a sweetie!

The surprise, the anticipation, and the thought meant the world to me! Being a mom, you generally are forgotten. It’s nice to be recognized and spoiled! Thank you Jim! I love you!

So, when was the last time YOU were given a surprise gift?

A little inspiration for your day… 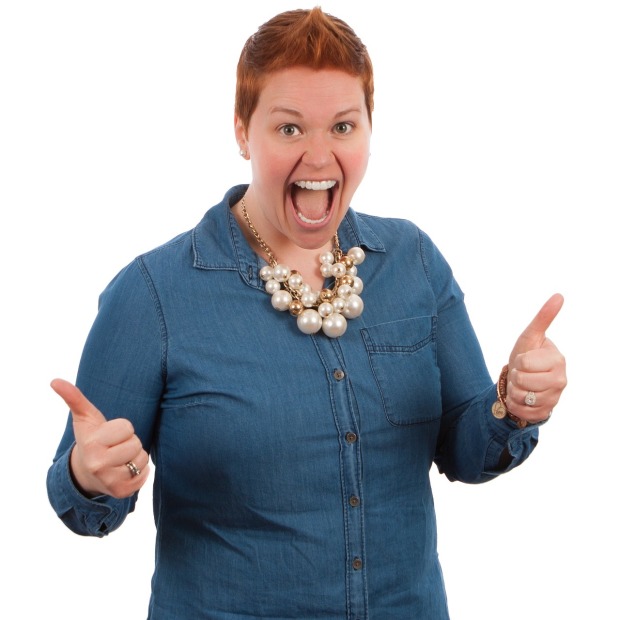 “As I look back on my life, I realize that every time I thought I was being REJECTED from something good, I was actually being RE-DIRECTED to something better”

Sweet Tingting (a.k.a. Skydreamer over at Empower Love), just opened her very first Etsy shop, Lovassion.  She specializes in inspirational jewelry, and is extremely talented!  Today I received a very special package from her, and wanted to share my photos with you.  I am extremely impressed with the quality of her work, and her packaging makes it feel like Christmas.  Make sure to visit her shop and show your support.  She has the perfect gift for those special ladies in your life! 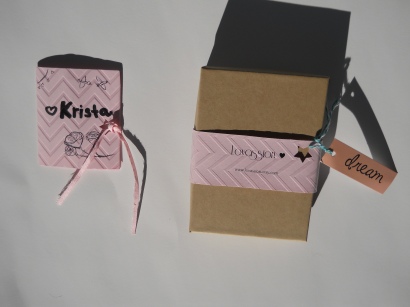 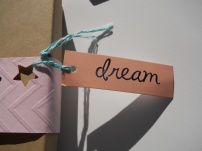 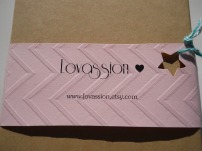 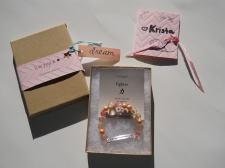 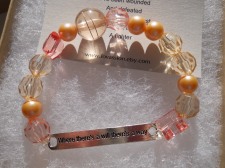 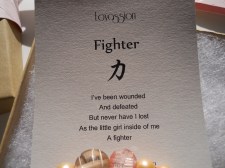 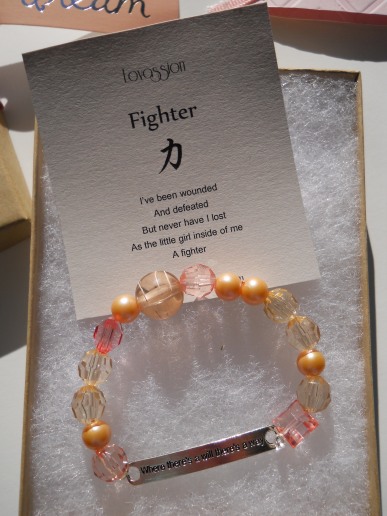 Thank you SO very much Tingting!  Your gift means the world to me!

Hi! My name is Krista. I am the originator of Krista Kemp Designs on Etsy. I have always been a crafty person, and have always enjoyed making beautiful and unique pieces of art. I have a bit of an eclectic flair, and I try to inject this into my projects. I finally decided that I would be happiest spending my days and nights creating, so I have decided to turn my passion into a business. If you enjoy what you do, you will never work a day in your life.

Sharing my passion with the world, one project at a time